Earlier this afternoon, I walked out of Marconi House for the last time, at midnight, the plug is finally going to be pulled on Phantom 105.2.

I’ve been involved with the station for 5 years,  first as the event photographer, then after blagging (it can only be called blagging), I became the station’s house photographer, and eventually, as a result of haging around like a bad smell, a job as the stations webmaster. I was incredibly young when Phantom got me into festivals (far as I know, when I was covering Oxegen I was the youngest guy in the pit), and I’ve gotten to meet some amazing bands (there have been many days I felt like William Miller in Almost Famous). And what’s most insane about it all…I wanted to get experience on air, somehow I ended up doing all the other, even cooler stuff! I’ve been trying to pull together my best photos from the years, hopefully this gallery does it justice.

Debbie on the wireless!

Sasha and Me, Halloween 09

The Naked and Famous – Oxegen 11

The Naked and Famous – Oxegen 11

The Pains of Being Pure at Heart – EP11

The Rapture, after I attempted to join the band – Forbidden Fruit ’12

Vampire Weekend and a small crowd at Longitude 13

Vampire Weekend and a small crowd at Longitude 13

Will St Leger and Kelly Ann Byrne at Longitude ’13

TodayFM and Phantom Crew with Panti

Heather with Joe and Charlotte

I  have gotten to work with an amazing bunch of people, my career as a music photographer wouldn’t be what it is today with out the encouragement, support and occasional shove I needed form people like Brian, Ruth, Ger and Simon when I had no idea what I was doing, and freaking out when people like the Strokes, Biffy and Interpol were firing up conversations with me, as well as more recently Alan, Eamonn, Rory, and Mark. It was also great to have my opinion about music respected, and have the “CD fairy” leave new albums on my desk now and again. Its sad (infact, it’s an idiotic mistake by the stations board) that such an amazing team is being split up, but I’m sure we are all going to move onto better things, with the reward we all deserve (Phantom could only be described as a labour of love).

I have always believed radio is a very powerful medium, what we listen to should be curated, no streaming service with an algorithm can work out what good music is, it’s subjective, not a science….

Personally, the last 6 months have been among the most difficult of my life, as a result of stuff in life and work;   my parents, and close friends have been incredibly supportive, I don’t know what I’d do with out such a great bunch of people around me, nor how to thank them.

I also owe a massive thank you to the NUJ, especially Seamus Dooley, for his advice the last few weeks..
I’m working on some very cool shit right now, this is all the kick in the arse I needed, and I’m going to have some big news soon…big good news. Massive big good news, which will end up on here when things are finalised… but I have made some amazing contacts the last few years through the station (I have always been known as “Frosty from Phantom”),  it’s only recently I realised all my hard work actually means something outside Marconi House.

If your near a radio Sunday, listen in, we all, even the office staff,  got to choose the music that will make up the last few hours, a really nice decision by John Caddell that means a lot to us, especially those of us who were behind the scenes.

Just noticed, I put career and music photographer in a sentence….I never though I’d be able to do that…

If you read all that….thanks…. 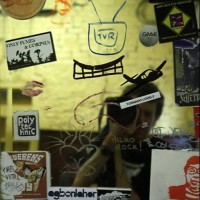 Blossoms at the Olympia Theatre
5 Mar ’20


© Kieran Frost 2020
Represented by Redferns
Part of What We Did In the Shadows | State.ie
%d bloggers like this: